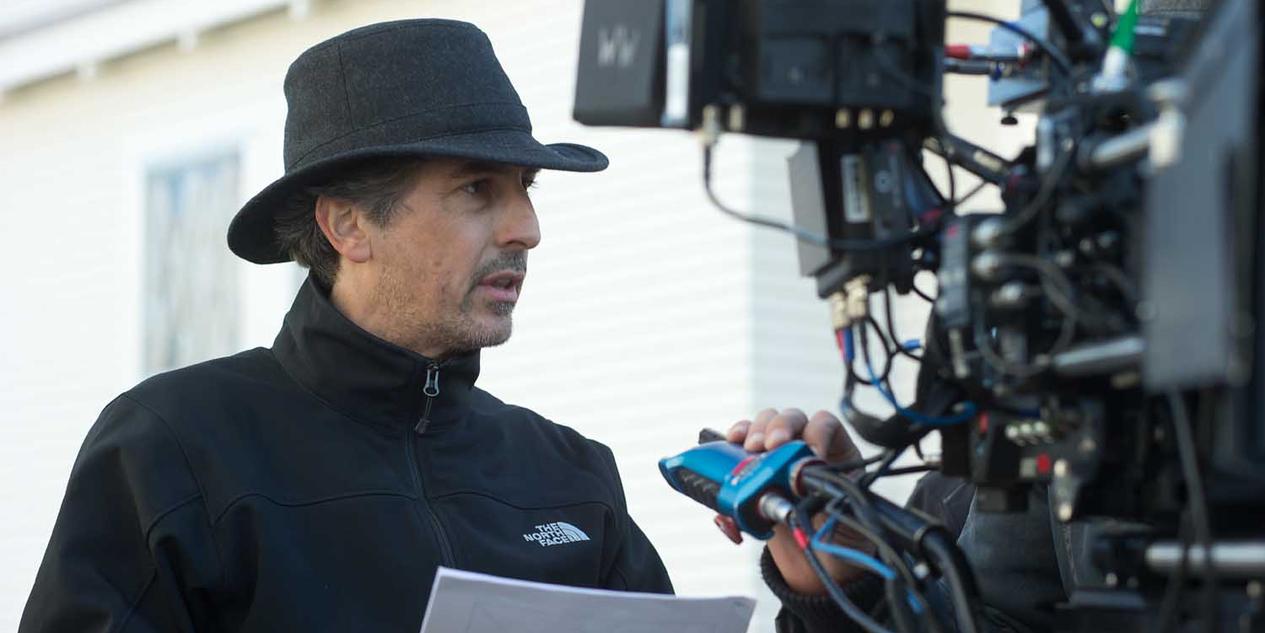 
Director, producer and screenwriter Alexander Payne was born in Omaha, Nebraska. His parents, Peggy (Constantine) and George Payne, ran a Greek restaurant. His father is of Greek and German ancestry, and his mother is of Greek descent; the family name was originally Papadopoulos. He has two older brothers.

Alexander attended Stanford University, where he majored in Spanish and History. He then went on to study film at UCLA Film School. His university thesis film was screened at the Sundance film festival, which led to him being backed by Miramax to write and direct Citizen Ruth (1996). Payne prefers to have control over his movies, from scripts to cast.

Often sets his films in and around Omaha, Nebraska
Frequently films scenes at natural history museums
Frequently casts Phil Reeves
Frequently uses actual people in roles of minor characters in his movies (real life policemen for policemen, real life restaurant servers for servers, real life teachers for teachers)
Frequently incoporates telephone monologues as a dramatic device
His films often revolve around adultery in marriage and relationships
His films often deal with a sense of loneliness depicted by the main character
Features characters that endeavor for self-fulfillment and individualism (Sideways (2004), About Schmidt (2002), Nebraska (2013))).

Attended Creighton Prep High School in Omaha, Nebraska
Studied at the University of Salamanca (Spain).
His father is of Greek and German ancestry, and his mother is of Greek descent. His paternal grandfather, a Greek immigrant, changed the family surname from "Papadopoulos" to "Payne".
Graduate of Stanford University.
Graduated in 1990 from UCLA Filmschool with a MFA in Theater Arts.
He grew up down the street from billionaire Warren Buffett.
Owns the Winnebago driven by Warren Schmidt (Jack Nicholson) in About Schmidt (2002).
Is on the short list of directors who has final cut rights to his films.
Studied Spanish and History at Stanford.
Did an uncredited polishing-up of the final draft of Meet the Parents (2000).
Is a friend of David O. Russell.
One of his motivations to move the title character of About Schmidt (2002) from New York City in the novel to Payne's hometown of Omaha, Nebraska was as a tribute to the great history of "creative" people that hail from that small Midwestern city. Other famous people who are originally from Omaha include Henry Fonda, Marlon Brando, Fred Astaire, Montgomery Clift and Nick Nolte.
Member of the Board of Governors of the Academy of Motion Picture Arts and Sciences (Directors Branch) [2005-]
Among his favorite filmmakers: Akira Kurosawa, Luis Buñuel, Hal Ashby, Martin Scorsese and Sergio Leone.
Directed 7 actors in Oscar nominated performances: Jack Nicholson, Kathy Bates, Thomas Haden Church, Virginia Madsen, George Clooney, Bruce Dern, and June Squibb.
Graduated film school at the age of 29.
Directed his first feature length film at the age of 35.
A serious film buff and scholar, Payne paid to have the silent 1917 Chaplin/"Little Tramp" film short The Adventurer (1917) restored and shown at the Il Cinema Ritrovato in Bologna, Italy in 2013, where he also introduced it, in Italian and English. He had also shown the film over 40 years before on his own 8mm projector to his friends back in Omaha, Nebraska when he was growing up.
Everytime he was nominated for the Best Director Oscar, Martin Scorsese was nominated in the same category alongside him: first in 2005 when Payne was nominated for Sideways (2004) and Scorsese for The Aviator (2004), then in 2012 when Payne was nominated for The Descendants (2011) and Scorsese for Hugo (2011) and finally in 2014 when Payne was nominated for Nebraska (2013) and Scorsese for The Wolf of Wall Street (2013).
All of his full-length feature films (thus not counting his segment on Paris, je t'aime (2006)) since About Schmidt (2002) have earned one of their male leads an Academy Award nomination: Jack Nicholson for About Schmidt (2002), Thomas Haden Church for Sideways (2004); George Clooney for The Descendants (2011), and Bruce Dern for Nebraska (2013).
During an interview to french site Télérama, he stated his desire to work with Meryl Streep, Cate Blanchett, Marion Cotillard, Bérénice Bejo and Jennifer Lawrence. [April 2014].
Although he couldn't imagine Psycho (1960) in color, because it's much more chilling in black and white, the film was remade in color as Psycho (1998) to universal disapproval.
Worked with both Laura Dern and her mother Diane Ladd in Citizen Ruth (1996), and then years later with her father Bruce Dern in Nebraska (2013).
Director Chris Columbus said Payne's Sideways (2004) was "a 70s movie in contemporary times".