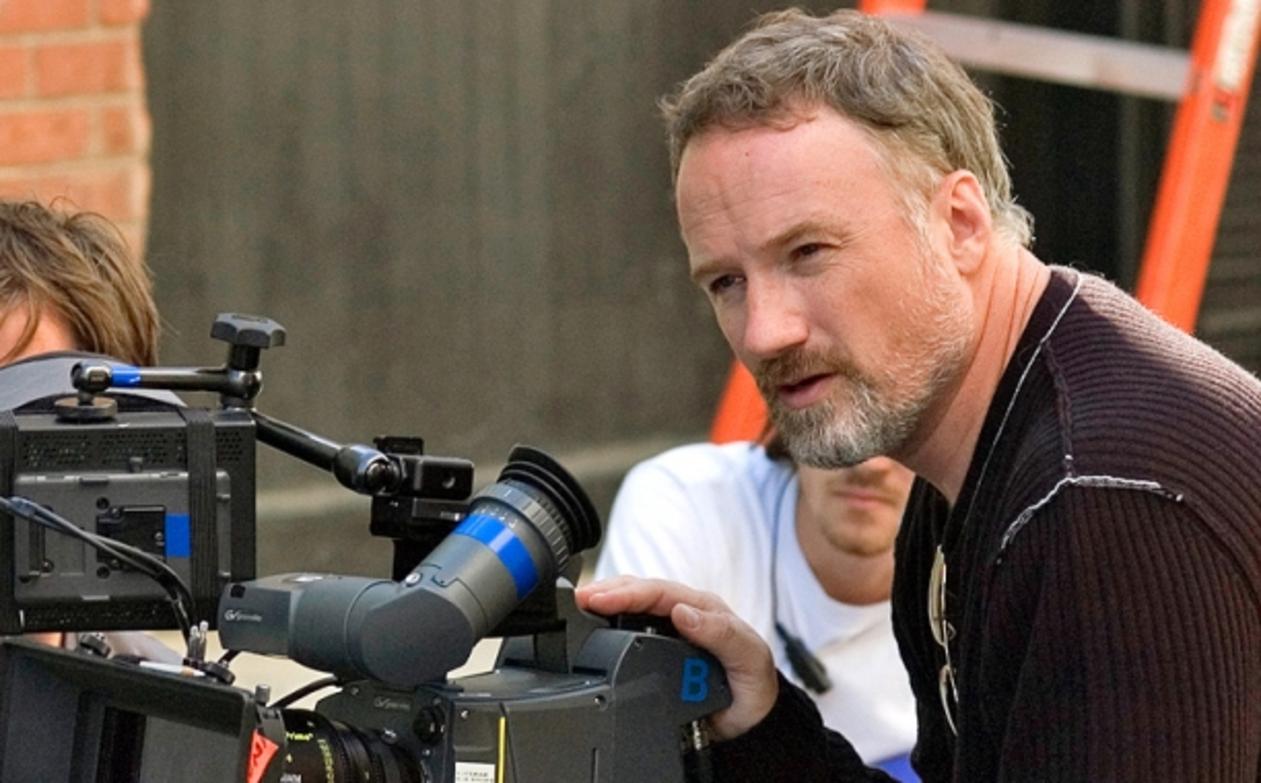 David Fincher was born in 1962 in Denver, Colorado, and was raised in Marin County, California. When he was 18 years old he went to work for John Korty at Korty Films in Mill Valley. He subsequently worked at ILM (Industrial Light and Magic) from 1981-1983. Fincher left ILM to direct TV commercials and music videos after signing with N. Lee Lacy in Hollywood. He went on to found Propaganda in 1987 with fellow directors Dominic Sena, Greg Gold and Nigel Dick. Fincher has directed TV commercials for clients that include Nike, Coca-Cola, Budweiser, Heineken, Pepsi, Levi's, Converse, AT&T and Chanel. He has directed music videos for Madonna, Sting, The Rolling Stones, Michael Jackson, Aerosmith, George Michael, Iggy Pop, The Wallflowers, Billy Idol, Steve Winwood, The Motels and, most recently, A Perfect Circle.

[single frame insert] His movies often features several single frames that flash on the screen in the middle of a scene (Fight Club (1999)).
Fluid tracking camera which can access anywhere; a digital age innovation in camera movement pioneered by David Fincher and Kevin Tod Haug along with BUF Paris (perhaps inspired by earlier developments of Max Ophüls and Stanley Kubrick).
[Silhouettes] Frequently has characters in the shadows where you cannot make out their face (Kevin Spacey in Se7en (1995), The Killer in Zodiac (2007), and Brad Pitt in Fight Club (1999)).
His films often end in a suicide, either attempted or successful
His films often have low-key lighting with green or blue tinted color temperature.
Wide shots
Downbeat endings
Often displays end credits as slide shows (Fight Club, Zodiac, The Curious Case of Benjamin Button) or scrolling downward (Se7en) rather than the traditional upward scroll.
Low angles
Backstories filled with flashbacks
References to the band 311 (poster in Fight Club, cop car radio call in Zodiac)
Stationary shot, unfocused background with character walking into focus
Posters almost always feature close-ups of characters' faces
Frequently collaborates with Trent Reznor and Atticus Ross for musical scores
His films often center on people with poor social skills and few friends: The Narrator in Fight Club (1999), Mark Zuckerberg in The Social Network (2010) , Lisbeth Salander in The Girl with the Dragon Tattoo (2011), Amy Dunne in Gone Girl (2014).
Films about finding a serial killer (Seven (1995), Zodiac (2007), The Girl with the Dragon Tattoo (2011))
Frequently starts his movies with creative title sequences that express the theme of the movie
Almost all of his camera compositions are static or highly controlled camera movement and he rarely uses a handheld camera. Interestingly his films often include a single handheld scene, or in The Social Network (2010) and Gone Girl (2014) exactly one handheld shot.
Production design is usually either stark and modern, or dark and heavily decaying.
Shot looking inside a character's refrigerator
Digitally-added anamorphic lens flares
His movies often end with villains either 'winning' or not receiving proper punishment. E.g. Se7en (1995), Fight Club (1999), Zodiac (2007) and Gone Girl (2014).
Known for his perfectionist tendencies, often shooting scenes dozens or even hundreds of times to get it exactly right


Lived for several years in Ashland, Oregon and graduated from Ashland High School.
His video for Madonna's "Express Yourself" voted #1 in Slant Magazines Top 100 Videos. 2 of his other Madonna videos also made the list. "Vogue" at #4 & "Oh, Father" at #11. (19th January 2003)
Has been close friends with Brad Pitt ever since working together on Se7en (1995).
Was originally set to direct The Black Dahlia (2006), but dropped out.
Was originally set to direct Madonna: Truth or Dare (1991), but dropped out.
Was originally set to direct Mission: Impossible III (2006), but dropped out.
Was originally considered to direct Spider-Man (2002).
Was originally considered to direct Confessions of a Dangerous Mind (2002).
Turned down the offer to direct Catch Me If You Can (2002), opting to do Panic Room (2002) instead.
Turned down the offer to direct Batman Begins (2005).
Turned down the offer to direct 8MM (1999), opting to do Fight Club (1999) instead.
A founder member of Propaganda Films in 1986.
Daughter, Phelix Imogen Fincher (b. 25 April 1994), with Donya Fiorentino.
While growing up in Marin County, one of his neighbors was George Lucas. He later worked on the special effects crew of Star Wars: Episode VI - Return of the Jedi (1983), produced and written by Lucas.
He works frequently with screenwriter Andrew Kevin Walker.
It was the 1969 feature film, Butch Cassidy and the Sundance Kid (1969) that inspired him to pursue a career in cinema.
In 2005, he directed the video for Nine Inch Nails' "Only". Ten years earlier, he used Coil's version of the Nine Inch Nails' song "Closer" during the opening credits montage of his film Se7en (1995).
Met his partner, Ceán Chaffin, in the early '90s when she produced a Japanese Coca-Cola ad he was directing.
Was originally considered to direct Hannibal (2001).
Good friends with Madonna.
At the 1990 MTV Video Music Awards, three out of four nominees for Best Direction in a Video - "The End of the Innocence" by Don Henley, "Janie's Got a Gun" by Aerosmith, and "Vogue" by Madonna - were directed by him ("Vogue" won.).
His favorite films include: Butch Cassidy and the Sundance Kid (1969), Dracula (1931), Rear Window (1954), Being There (1979), Jaws (1975), Lawrence of Arabia (1962), Valley of the Dolls (1967), Beyond the Valley of the Dolls (1970), Dr. Strangelove or: How I Learned to Stop Worrying and Love the Bomb (1964), 8½ (1963), Alien (1979), American Graffiti (1973), Citizen Kane (1941), Cabaret (1972) and The Year of Living Dangerously (1982).
Directed 5 actors in Oscar nominated performances: Brad Pitt, Taraji P. Henson, Jesse Eisenberg, Rooney Mara, and Rosamund Pike.
Currently filming Zodiac (2007) in San Francisco. [September 2005]
He is a big fan of Bram Stoker's classic novel Dracula.
Developed two TV projects for HBO, supposed to air on 2016, which both weren't finalized: Utopia featuring a plot heavily steeped in underground, cyber-punk themes, adapted by Gillian Flynn and starring Rooney Mara, Colm Feore, Eric McCormack, Dallas Roberts, Jason Ritter, Brandon Scott, and Agyness Deyn was canceled by HBO over budget constraints. Fincher reportedly asked for $100 million to make the first season. "Videosyncrasy" (2016), about an aspiring filmmaker, who arrives in Hollywood during the early 1980s and lands a job working on music videos, was put on a hold mid-way during the shooting of the first season, because HBO wasn't satisfied with the direction of the show. At first, the show was supposed to be retooled with additional script work, but production was eventually shut down for good.
Was considered to direct The Amazing Spider-Man (2012).