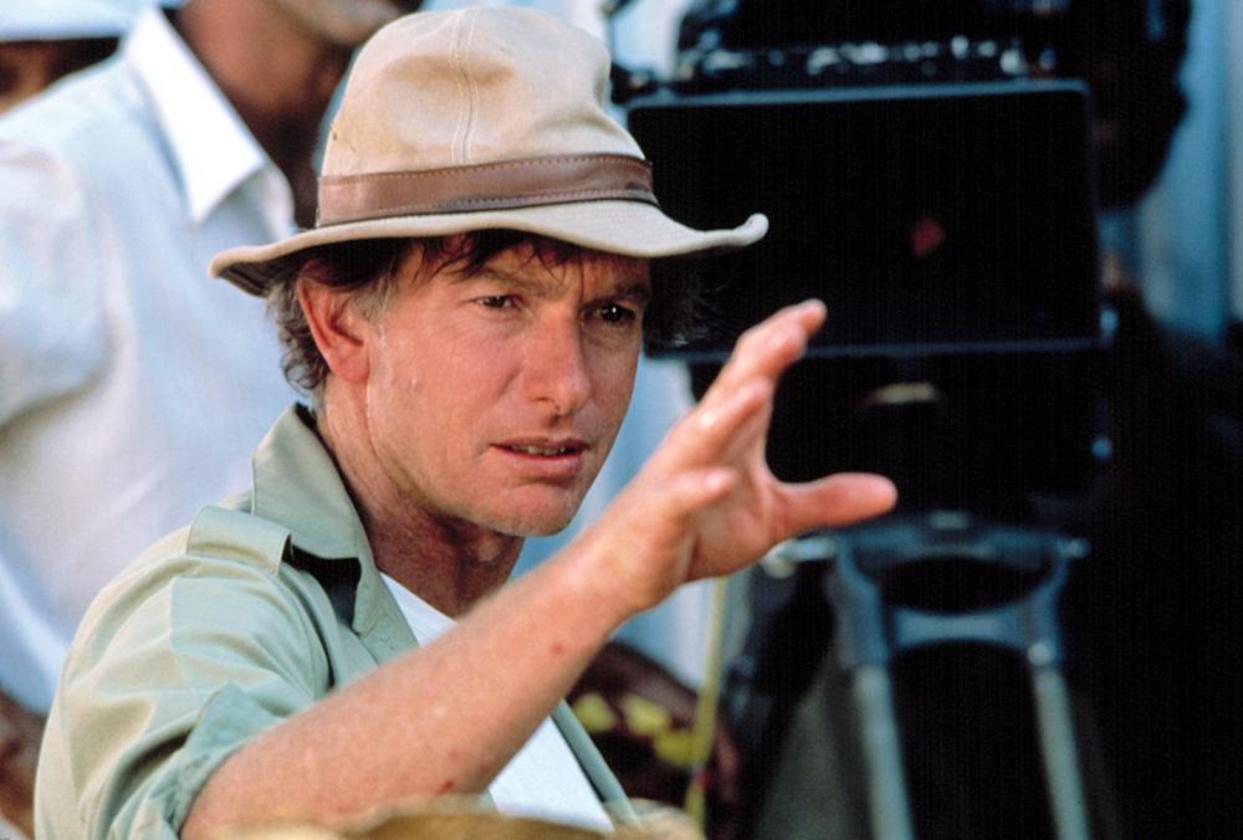 Peter Weir was born on August 21, 1944 in Sydney, New South Wales, Australia as Peter Lindsay Weir. He is a director and writer, known for The Truman Show (1998), Master and Commander: The Far Side of the World (2003) and Dead Poets Society (1989). He has been married to Wendy Stites since 1966. They have two children.

His characters often interact with technology, especially television, in ways that harm them or surprise the viewer, e.g. the church big screen TV in The Mosquito Coast (1986); the living room TV and TV control center in The Truman Show (1998); radio playing in the barn in Witness (1985), and so on.


His films very often deal with people, who find themselves in surroundings, where they do not fit in (e.g. a Philadelphia Cop among the Amish, in Witness (1985), or a progressive teacher on a strictly conservative school, in Dead Poets Society (1989)).
His films often feature a key scene involving a main character fiddling with their radio.
Famous for making well-known comedy and genre actors into credible dramatic actors such as Harrison Ford, Robin Williams and Jim Carrey.
He was a part of the movement dubbed the "Australian New Wave" by the press. They were a group of filmmakers and performers who emerged from Down Under at about the same time in the early 1980's and found work in other parts of the world. Other members included actors Mel Gibson and Judy Davis and directors George Miller and Gillian Armstrong.
Father of Ingrid Weir.
Directed 5 different actors in Oscar-nominated performances: Linda Hunt, Harrison Ford, Robin Williams, Rosie Perez and Ed Harris. Hunt won an Oscar for The Year of Living Dangerously (1982).
Interviewed in "Directors Close Up: Interviews with Directors Nominated for Best Film by the Directors Guild of America", ed. by Jeremy Kagan, Scarecrow Press, 2006.
He was awarded the A.M. (Member of the Order of Australia) in the 1982 Queen's Birthday Honours List for his services to the Film Industry.
He is an avid reader and three of his favorite books are Hope Against Hope by Nadezhda Mandel'shtam, My Century by Aleksander Wat and Freedom by Jonathan Franzen.
The White Ribbon (2009) is one of his favourite films.
Palm Beach, New South Wales, California [January 2009]
Holds a Law degree from the University of Sydney, one of the best-performing law schools in the world.