Spike Jonze made up one-third (along with Andy Jenkins and Mark Lewman) of the triumvirate of genius minds behind Dirt Magazine, the brother publication of the much lamented ground-breaking Sassy Magazine. These three uncommon characters were all editors for Grand Royal Magazine as well, under the direction of Mike D and Adam Horovitz and Adam Yauch before the sad demise of Grand Royal Records. Jonze was also responsible for directing the famous Beastie Boys: Sabotage (1994) short film as well as numerous other music videos for various artists.

[Off-beat] His films/music videos are off-beat in their visual storytelling, particularly their mix of live-action, animation, and puppetry.
Seamless integration of special effects into live-action photography (Being John Malkovich (1999), Adaptation. (2002), Where the Wild Things Are (2009)).
Subtle handheld camera operation
Frequently uses music from Karen O and the Arcade Fire
Frequently has a male character unexpectedly break into dance: John Malkovich in Being John Malkovich (1999), Christopher Walken in "Weapon of Choice", Theodore in Her (2013)
Often makes his actors appear unattractive, e.g. Cameron Diaz's frizzy hair and frumpy wardrobe in Being John Malkovich (1999), outfitting Nicolas Cage in a fatsuit and receding hairline in Adaptation. (2002).
Many of his music videos are short films set to music
Often shoots exterior scenes around sunset
Green and blue tinged scenes lit by fluorescents


In 2001, at the age of 32, he directed the video for Fatboy Slim's "Weapon of Choice." This video contains 32 cuts.
Brother of Sam Spiegel.
Was a member of Propaganda Films.
Continues to shoot some of the finest films in the skateboarding scene, among these is Blind's 1991 magnum opus "VideoDays" and Girl's 2003 "Yeah Right!".
He is co-owner of the Girl skateboard company.
Was offered the opportunity to direct the movie The Hitchhiker's Guide to the Galaxy (2005), but declined. He suggested small British production company "Hammer and Tongs", instead.
Contrary to popular belief is not an heir to the Spiegel catalog fortune, although he is a distant relative of those that are.
(early 1990s) Featured in a "Spike-Needs-A-Girlfriend" contest in Christina Kelly's 'What Now' column in Sassy Magazine. His requirements for a girlfriend were: "short hair, clear skin, and good teeth".
One of the most renowned directors for music videos, he has received numerous awards and recognition from MTV for his outstanding work in the medium.
Started as a magazine editor and contributor before moving into film.
Was originally offered the chance to direct Human Nature (2001) after the success of Being John Malkovich (1999). He considered it, but declined, recommending fellow music video director Michel Gondry for the project.
Considered directing Memoirs of a Geisha (2005) but was already in pre-production on Where the Wild Things Are (2009), a pet project of his.
Is not to be confused with famous novelty musician and band leader Spike Jones.
While filming Where the Wild Things Are (2009), Jonze kept in contact with the book's original writer Maurice Sendak, to mix Sendak's ideas with his own.
Jonze was an avid BMX freestyle rider in his youth.
Was originally going to direct Synecdoche, New York (2008), but took the role as producer instead, to finish Where the Wild Things Are (2009).
Told Nicolas Cage to ignore all of his acting instincts, for his role in Adaptation. (2002). Cage later received a Oscar Nomination for his acting in that movie.
Before George Lucas decided to make the movie himself, Spike was in talks to direct Star Wars: Episode II - Attack of the Clones (2002).
Has directed two actors and two actresses to a Oscar Nomination - Catherine Keener (Best Actress in a Supporting Role, Being John Malkovich (1999)), Chris Cooper (Best Actor in a Supporting Role, Adaptation. (2002), Meryl Streep (Best Actress in a Supporting Role, Adaptation. (2002)) and Nicolas Cage (Best Actor in a Leading Role, Adaptation. (2002). Cooper won the Oscar for his role in Adaptation. (2002).
Good friends with musician Kanye West and director David Fincher.
Was set to direct The Curious Case of Benjamin Button (2008) back in 2001, with a release in late 2002 but backed out to work on Adaptation. (2002).
Former son-in-law of Francis Ford Coppola.
Cousin of Gabriel Cowan.
His close movie-making friends include music-video director Chris Cunningham, Charles Kaufman, David Fincher, Catherine Keener, Nicole Holofcener, Miranda July, Bennett Miller, and Steven Soderbergh.
His father was from a German Jewish and Russian Jewish family, while his mother's ancestry includes German, Scottish, and English.
Grew up with friend and Jackass co-creator Jeff Tremaine.
As of 2014, has appeared in three films that were nominated for the Best Picture Oscar: Moneyball (2011), Her (2013) and The Wolf of Wall Street (2013). 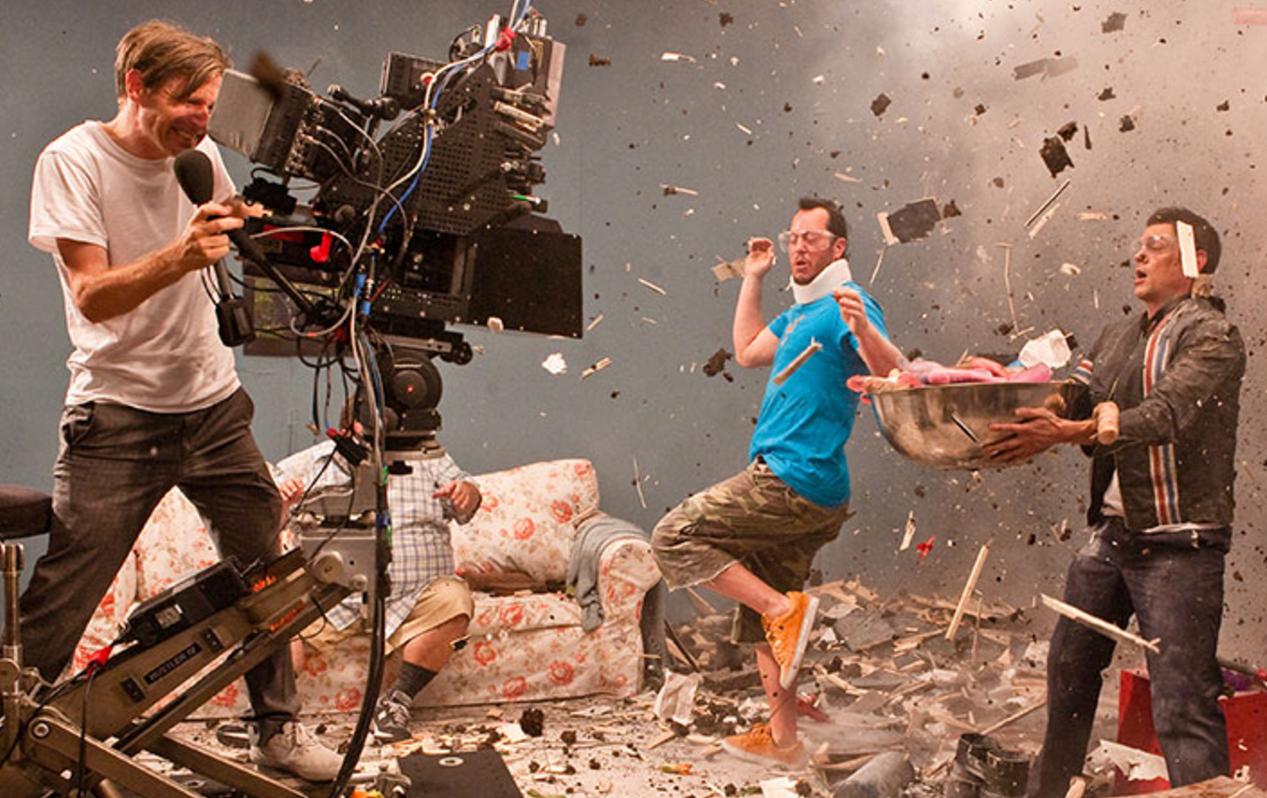