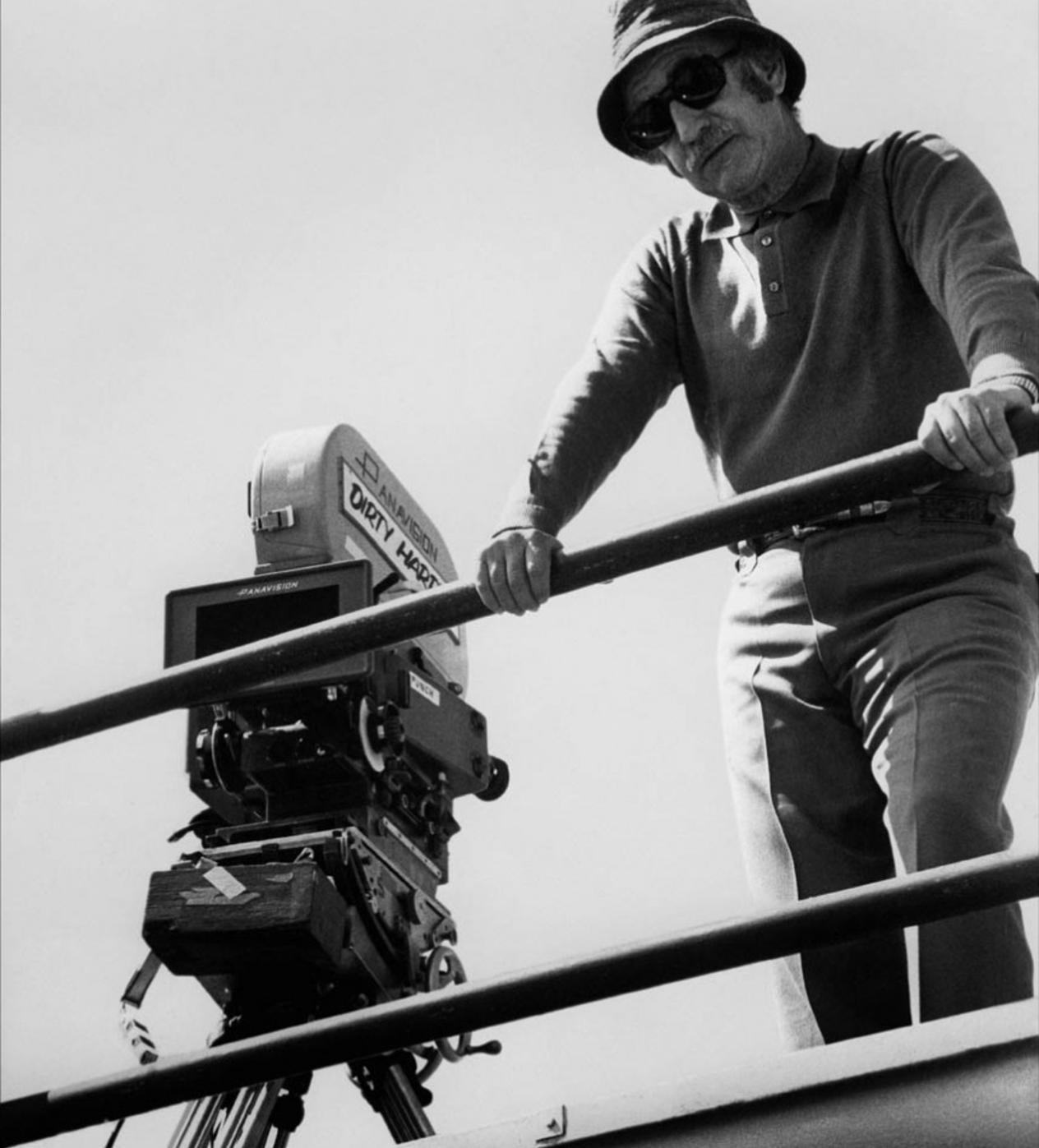 
Don Siegel was educated at Cambridge University, England. In Hollywood from the mid-'30s, he began his career as an editor and second unit director. In 1945 he directed two shorts (Hitler Lives (1945) and Star in the Night (1945)) which both won Academy Awards. His first feature as a director was 1946's The Verdict (1946). He made his reputation in the early and mid-'50s with a series of tightly made, expertly crafted, tough but intelligent "B" pictures (among them The Lineup (1958), Riot in Cell Block 11 (1954), Invasion of the Body Snatchers (1956)), then graduated to major "A" films in the 1960s and early 1970s. He made several "side trips" to television, mostly as a producer. Siegel directed what is generally considered to be Elvis Presley's best picture, Flaming Star (1960). He had a long professional relationship and personal friendship with Clint Eastwood, who has often said that everything he knows about filmmaking he learned from Don Siegel.

Frequently cast Clint Eastwood.
Known for his extensive preparation and highly efficient shooting style, which were the main influence on the directing style of his protege, Clint Eastwood
Strong male characters and scheming female characters (if there were any major female characters in the stories at all), frequently leading to charges of misogyny
His films were frequently interpreted as having controversial, right-wing political or sociological undertone, which Siegel never commented on


Siegel and screenwriter Stephen Geller (The Valachi Papers (1972), Slaughterhouse-Five (1972)) once collaborated on a script of "The First Deadly Sin" (based on the novel), to be directed by Siegel. The project fell through, however, and a different version was filmed several years later.
Father of actor Kristoffer Tabori, born 1952
Was eager to direct movies as early as 1942, but his contract with Warner Brothers kept him restricted to doing editing and montage sequences. Studio chief Jack L. Warner refused to let Siegel out of his contract because he wanted to utilize his exceptional montage skills.
Siegel was the first director to be credited by the Director's Guild of America's universal pseudonym Alan Smithee, for Death of a Gunfighter (1969). Siegel wished to remain uncredited because he felt the film's star, Richard Widmark, ruined the picture by insisting on creative control that usurped Siegel's authority as director, and also because Widmark had fired original director Robert Totten, who completed most of the picture, and Siegel felt that if anyone should be credited for the film it should have been Totten and not him.
Was mentor to Clint Eastwood. Eastwood dedicated his film Unforgiven (1992) to him.
In Telefon (1977), where Houston, Texas, is the location of a subplot in the story, the interior of the Hyatt Regency is not in the one in Houston but actually the one located at 5 Embarcadero Center in San Francisco, which is the same location for the disaster epic The Towering Inferno (1974). San Francisco was also the setting for three other Siegel films: The Lineup (1958), Dirty Harry (1971) and Escape from Alcatraz (1979).
In Charley Varrick (1973) and Telefon (1977), a yellow Lincoln Continental sedan is used as part of a major plot in the film. In both films, the Continental sedan is involved in a front-end collision and subsequently totalled.
During filming of Dirty Harry (1971), Siegel fell ill with the flu, and Clint Eastwood stepped in temporarily as director, during a critical scene involving a suicide jumper. This was Eastwood's first unbilled credit as director.
Father of Anney Siegel-Wamsat.
Biography in: John Wakeman, editor. "World Film Directors, Volume One, 1890-1945." Pages 997-1001. New York: The H.W. Wilson Company, 1987.
He originally intended for Invasion of the Body Snatchers (1956) to end with the hero, Dr. Miles Bennell (Kevin McCarthy) on the highway shouting to the motorists, "You're next! You're next!" but Allied Artists wanted a happier ending that assured the audience the hero's efforts had not been in vain. Siegel subsequently added the opening with Miles in the hospital recounting his story to the other two doctors, who find out at the end of the film that the pod people are real and contact the FBI.
Was Sam Peckinpah's mentor.
Siegel and producer Walter Wanger had been desperately trying to persuade the warden of San Quentin Prison to allow the use of the facility to film Riot in Cell Block 11 (1954), but the warden had adamantly refused. After the final meeting in the prison, when the warden had said there was nothing Siegel or Wanger could do to persuade him to allow filming there, Siegel turned to speak to his assistant, Sam Peckinpah. When the warden heard Peckinpah's name, he asked, "Are you related to Denver Peckinpah?" Sam replied that Denver was his father. It turned out that Denver Peckinpah was a well-known jurist in northern California who had a reputation as a "hanging judge" and the warden had long been an admirer of his. He immediately granted the company permission to shoot the movie in San Quentin.
Interviewed in Peter Bogdanovich's "Who the Devil Made It: Conversations With Robert Aldrich, George Cukor, Allan Dwan, Howard Hawks, Alfred Hitchcock, Chuck Jones, Fritz Lang, Joseph H. Lewis, Sidney Lumet, Leo McCarey, Otto Preminger, Don Siegel, Josef von Sternberg, Frank Tashlin, Edgar G. Ulmer, Raoul Walsh." NY: Alfred A. Knopf, 1997.
While filming Flaming Star (1960) starring Elvis Presley, for two weeks he drove Presley's new Rolls-Royce.
He's the son of a mandolin virtuoso.
Began in the film business in 1934. His uncle, Jack Saper, was a producer at Warner Brothers and arranged for Siegel to get an interview with production chief Hal B. Wallis, who gave him a job in the film library at that studio.
Don Siegel says in his biography that he was supposed to direct Das Boot, the war film about German submarine. But there was a major issue between him and his usual screen writer that provoked to Siegel a brain vascular. So Don Siegel abandoned the project.
Don had a home in the Longridge Estates, in the San Fernando Valley section of Los Angeles.
Don Siegel married his first wife in the sixteenth district of Paris.