A whiz-kid with special effects, Robert is from the Spielberg camp of film-making (Steven Spielberg produced many of his films). Usually working with writing partner Bob Gale, Robert's earlier films show he has a talent for zany comedy (Romancing the Stone (1984), 1941 (1979)) and special effect vehicles (Who Framed Roger Rabbit (1988) and Back to the Future (1985)). His later films have become more serious, with the hugely successful Tom Hanks vehicle Forrest Gump (1994) and the Jodie Foster film Contact (1997), both critically acclaimed movies. Again, these films incorporate stunning effects. Robert has proved he can work a serious story around great effects.

Sits on USC School of Cinema-Television's Board of Councilors.
Attended University of Southern California, School of Cinema. Former classmates included George Lucas, John Milius and others.
First television script that he and Bob Gale sold in Hollywood was for Kolchak: The Night Stalker: Chopper (1975).
His first wife, Mary Ellen Trainor, appeared in four of his films: Romancing the Stone (1984) (as Joan Wilder's kidnapped sister, Elaine), Back to the Future Part II (1989) (as Officer Reese), Death Becomes Her (1992) (as Vivian Adams), and Forrest Gump (1994) (as Jenny's babysitter).
Announced through his company ImageMovers that he will direct a film adaptation of the popular horror/fantasy comic book "Route 666". The comic, published by CrossGen Comics, centers on a young woman who is besieged by demons and other strange creatures during the Cold War. [August 2002]
Father, with Mary Ellen Trainor, of Alexander Zemeckis.
Owns two production companies - ImageMovers and DarkCastle Entertainment (which he co-owns with Joel Silver).
His father was of Lithuanian descent and his mother was of Italian ancestry.
Is good friends with director Peter Jackson. The two of them have used four of the same actors: Michael J. Fox, who appeared in the Back to the Future trilogy, played the lead role in Jackson's The Frighteners (1996), which Zemeckis produced; Peter Dobson, who also appeared in The Frighteners, also played Elvis Presley in Forrest Gump (1994), although Kurt Russell provided the voice; Elijah Wood made his film debut in Back to the Future Part II (1989), then went on to play Frodo Baggins in the Lord of the Rings trilogy; Miranda Otto, who played a distraught neighbor in What Lies Beneath (2000), played Eowyn in The Lord of the Rings: The Two Towers (2002) and The Lord of the Rings: The Return of the King (2003).
Three of the actors he has worked with have acted on camera for one of his films and provided a character voice in another film. Kurt Russell, who appeared in Used Cars (1980), provided the voice of Elvis Presley in Forrest Gump (1994). He has also played Elvis in a made-for-TV film for John Carpenter. Charles Fleischer, who voiced Roger Rabbit in Who Framed Roger Rabbit (1988), also played a mechanic in the past and future sequences of Back to the Future Part II (1989). Kathleen Turner, the voice of Jessica Rabbit, played the lead role in Romancing the Stone (1984).
Interviewed in "Directors Close Up: Interviews with Directors Nominated for Best Film by the Directors Guild of America," ed. by Jeremy Kagan, Scarecrow Press (2006).
Spent one year developing Cocoon (1985), but was fired by 20th Century Fox when he screened the final cut of Romancing the Stone (1984) for studio executives, who thought it was a disaster and destined to become Zemeckis' third straight box office failure.
Ranked #18 on EW's The 50 Smartest People in Hollywood (2007).
Has in his archives a letter of rejection from every studio rejecting Back to the Future (1985), because they thought it was too soft for the type of teen movie at the time, except for Disney who thought it was too racy.
He is rated an Instrument Flight Rules (IFR) private pilot.
Has an affinity for Italy. His mother was of Italian descent, he and his second wife Leslie Zemeckis were married in Italy, and they have a vacation home (a villa) in Tuscany, Italy.
Resides in Santa Barbara, California with his second wife, Leslie Zemeckis, and their two children (2010).
Has directed three actors in Oscar-nominated performances: Tom Hanks (twice), Gary Sinise and Denzel Washington. Hanks won for his first nominated performance in a Zemeckis feature, Forrest Gump (1994).
Five of his films were nominated for AFI's 100 Years...100 Laughs: Used Cars (1980), Romancing the Stone (1984), Back to the Future (1985), Who Framed Roger Rabbit (1988) and Forrest Gump (1994). None of them made the list.
He directed Marc McClure and Wendie Jo Sperber in four films: I Wanna Hold Your Hand (1978), Used Cars (1980), Back to the Future (1985) and Back to the Future Part III (1990). Wendie Jo Sperber also appeared in all four films. Although McClure filmed a scene for Back to the Future Part II (1989), this was cut.
He and his writing partner Bob Gale considered Wendie Jo Sperber a good luck charm and often cast her in their movies.
Though many of his movies are rife with CGI effects, his personal favorite 'special effect' is the good old-fashioned closeup due to its uniqueness to filmmaking.
He was awarded a Star on the Hollywood Walk of Fame at 6925 Hollywood Boulevard in Hollywood, California on November 5, 2004.
Named Bonnie and Clyde (1967) as his favorite film in an AFI poll. 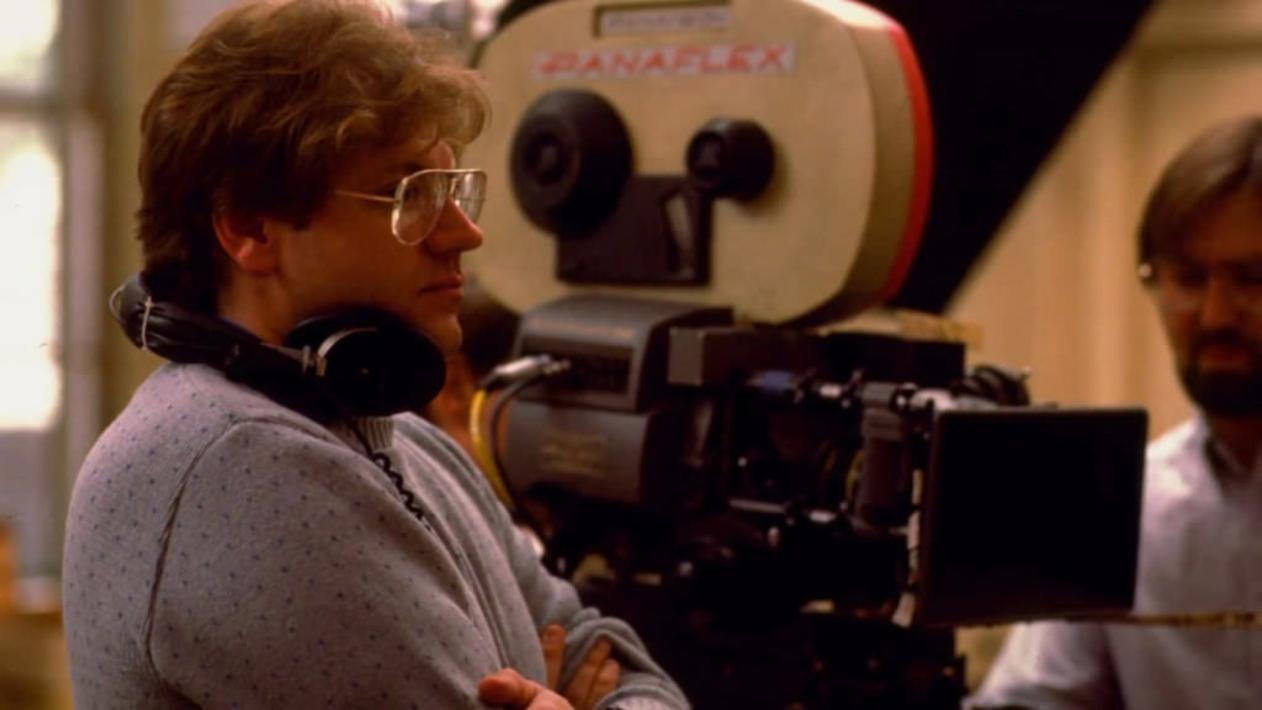