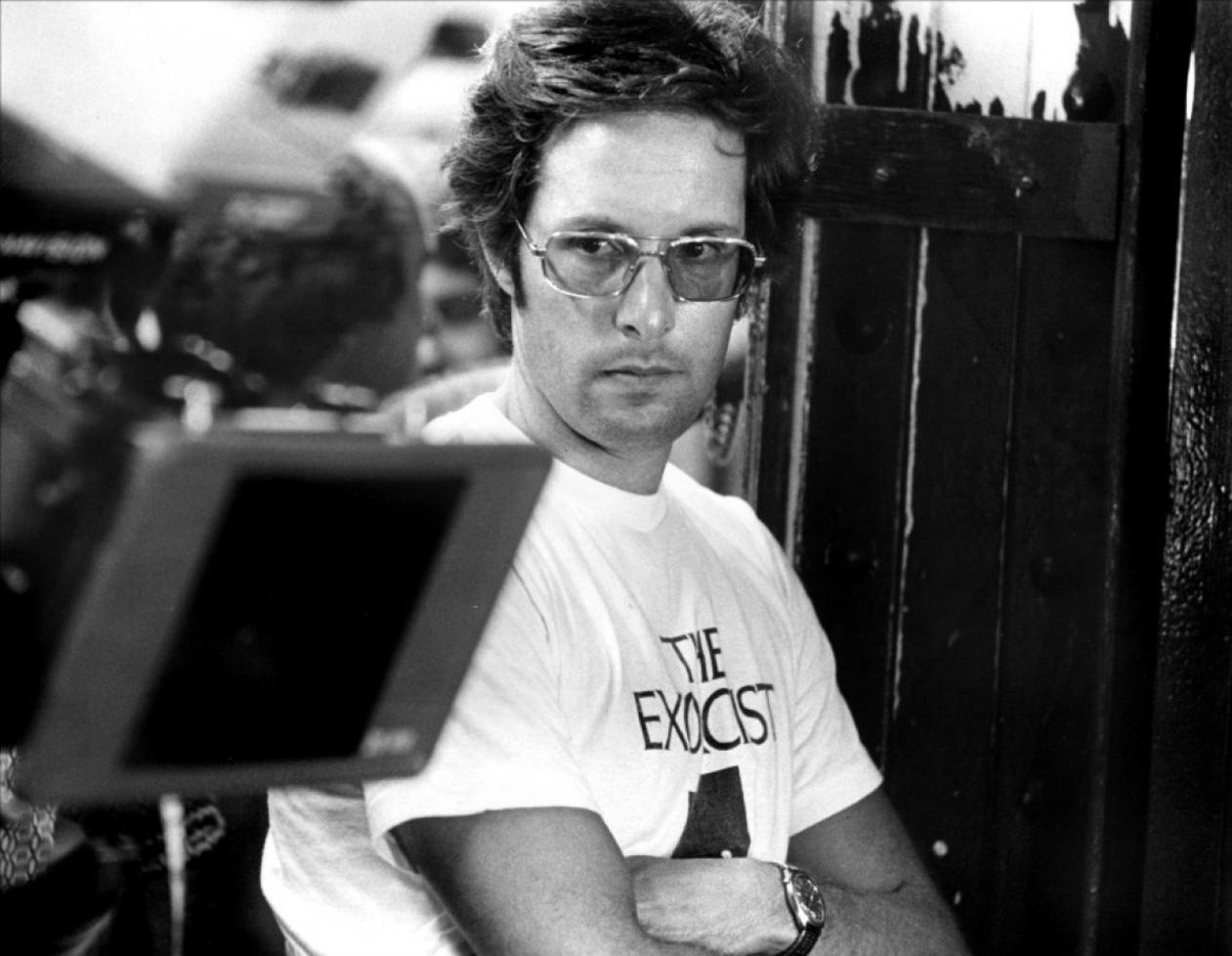 
Friedkin's mother was an operating room nurse. His father was a merchant seaman, semi-pro softball player and ultimately sold clothes in a men's discount chain. Ultimately, his father never earned more than $50/week in his whole life and died indigent. Eventually young Will became infatuated with Orson Welles after seeing Citizen Kane (1941). He went to work for WGN TV immediately after graduating from high school where he started making documentaries, one of which won the Golden Gate Award at the 1962 San Francisco film festival. In 1965, he moved to Hollywood and immediately started directing TV shows, including an episode of the The Alfred Hitchcock Hour (1962); Hitchcock infamously chastised him for not wearing a tie.


The night he won his Academy Award for directing The French Connection (1971), he was riding with his manager when their Rolls-Royce broke down several miles from the ceremony. They had to hitch a ride from a driver at a gas station in order to arrive in time.
His video for Laura Branigan's song "self control" has never been shown in its entirety on MTV. Friedkin's uncut version features a brief shot of a female breast.
He was going to work with Peter Gabriel on a film project, but Gabriel was caught up with work with his former band Genesis on the album "The Lamb Lies Down On Broadway". The project was called off.
He was believed to be the youngest person to win the Best Director Oscar, at age 32. Later, he was discovered to have actually been born in 1935, and was 36 at the time. The record returned to Norman Taurog.
Biography in: John Wakeman, editor. "World Film Directors, Volume Two, 1945-1985". Pages 372-375. New York: The H.W. Wilson Company, 1988.
After The Exorcist (1973) he was planning on making a film about aliens and Atlantis. However, after Close Encounters of the Third Kind (1977) went into production, he abandoned the film and made Sorcerer (1977) instead.
While on his first directing assignment for The Alfred Hitchcock Hour (1962), he was reprimanded by Alfred Hitchcock for not wearing a tie.
Joe Eszterhas, in "Hollywood Animal: A Memoir," Joe Eszterhas claims that Friedkin's wife Sherry Lansing, the boss of Paramount Pictures' Motion Picture Group, made Eszterhas issue a statement that he supported Paramount's hiring of Friedkin as director for his Jade (1995) script. In truth, Eszterhas did not want the former Oscar-winner, whom he considered a washed-up has-been, to direct the picture, but he deferred to Lansing's wishes.
Began his career in the mailroom of WGN-TV in Chicago. Within two years he was directing live television.
In 1985 he was sued for plagiarism by Michael Mann, who claimed that To Live and Die in L.A. (1985) stole the entire concept of Mann's TV series Miami Vice (1984). Mann lost the lawsuit.
He directed 5 different actors in Oscar-nominated performances: Gene Hackman, Roy Scheider, Jason Miller, Ellen Burstyn and Linda Blair. Hackman won an Oscar for The French Connection (1971).
Does not like to work with storyboards.
Was offered the chance to direct The Exorcist (1973) by producer William Peter Blatty after Blatty screened The French Connection (1971). Warner Bros. had been pressuring him to use another director but after seeing Friedkin's film, Blatty decided he wanted the film of his novel to be infused with as much energy as Friedkin had brought to "The French Connection".
His two most famous films, The French Connection (1971) and The Exorcist (1973), both begin in a foreign country, in which something in that country is brought over to America and then dealt with by American "authorities" in that field. "The French Connection" has drugs coming from France and then dealt with by American narcotics officers; "The Exorcist" has a demonic presence (from an idol) coming from Iraq to America, and dealt with by American priests.
Has two sons: Jackson Friedkin with Lesley-Anne Down and Cedric Friedkin with Australian dancer Jennifer Nairn-Smith.
Directed his first opera, "Salome" by Richard Strauss, at the Bavarian State Opera in Munich (2006).
Profiled in "Conversations with Directors: An Anthology of Interviews from Literature/Film Quarterly", E.M. Walker, D.T. Johnson, eds. Lanham, MD: Scarecrow Press, 2008.
He had once been considered by fellow filmmaker Michael Mann for the original role of Hannibal Lecter in Manhunter (1986).
Ex-stepfather of Jérôme Richard.
According to writer/director Larry Cohen, composer Bernard Herrmann was approached by Friedkin to score The Exorcist (1973). After screening the movie to Herrmann, Friedkin said, "I want you to write me a better score than you wrote for Citizen Kane (1941)", to which Herrmann replied, "Then why don't you make a better movie than 'Citizen Kane'?".
In an interview in Linda Ruth Williams' book "The Erotic Thriller in Contemporary Cinema", Friedkin said that Jade (1995) his favorite of all his films.
Often goes to extreme lengths to get the desired realism in his scenes. Infamous examples include the illegal car chase from The French Connection (1971) (which employed a stunt driver racing amidst unsuspecting drivers and pedestrians), and his effective tactics to get certain reactions from his actors in The Exorcist (1973) (discharging firearms close to the actors' ears, slapping them in the face, violently yanking them with ropes, etc.).
In 1997 it was announced that 'The Ripper Diaries' that he was scheduled to direct with 'Anthony Hopkins' starring had been put on hold.