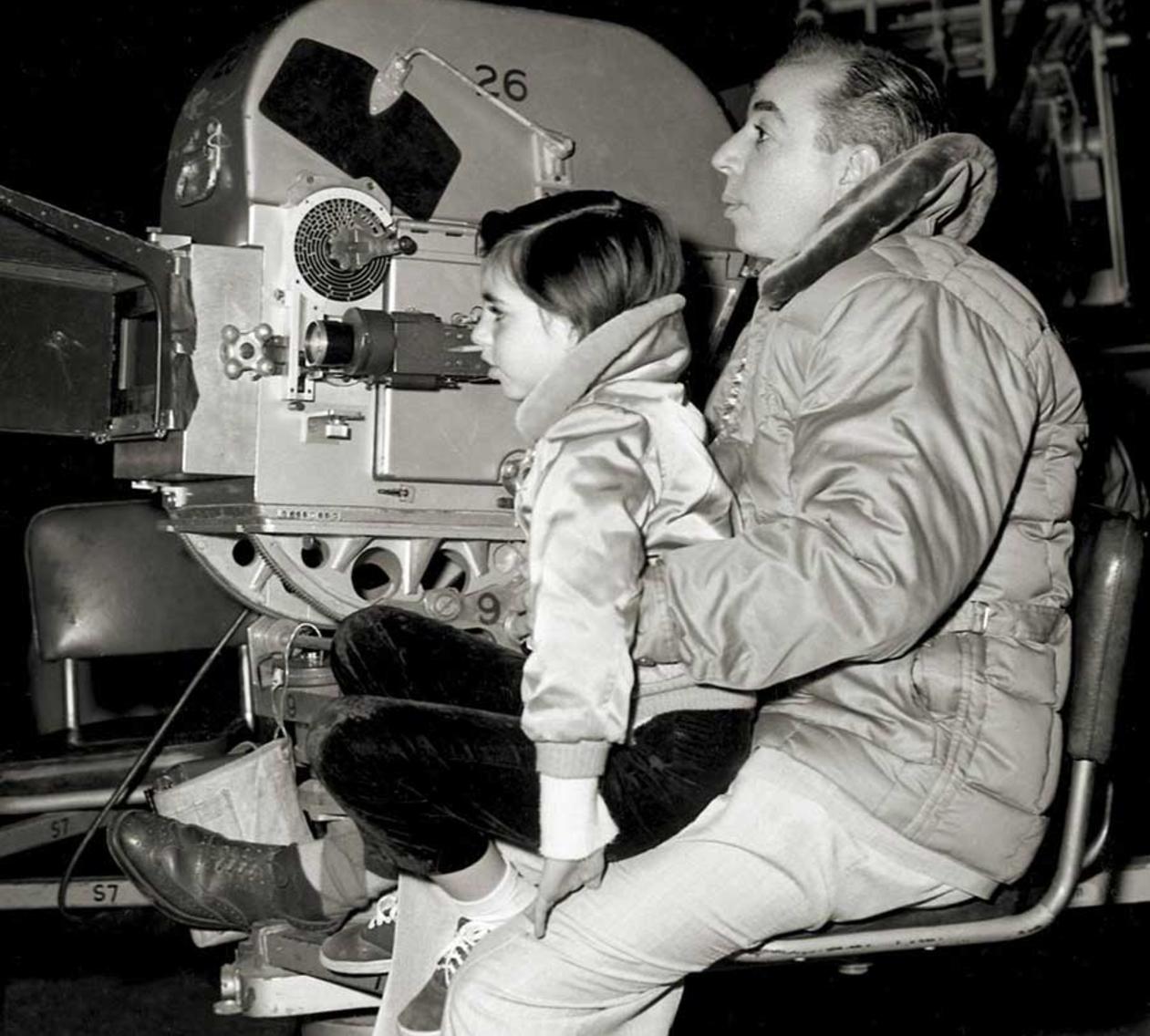 
Born Lester Anthony Minnelli in Chicago on February 28 1903, his father Vincent was a musical conductor of the Minnelli Brothers' Tent Theater. Wanting to pursue an artistic career, Minelli worked in the costume department of the Chicago Theater, then on Broadway during the depression as a set designer and costumer, adopting a Latinized version of his father's first name when he was hired as an art-director by Radio City Music Hall. The fall of 1935 saw his directorial debut for a Franz Schubert revue, At Home Abroad. The show was the first of three, in the best Florenz Ziegfeld Jr. spirit, before receiving Arthur Freed's offer to work at MGM. This was his second try at Hollywood -- a short unsuccessful contract at Paramount led nowhere. He stayed at MGM for the next 26 years. After working on numerous Mickey Rooney/Judy Garland vehicles, usually directed by Busby Berkeley, Arthur Freed gave him his first directorial assignment on Cabin in the Sky (1943), a risky screen project with an all-black cast. This was followed by the ambitious period piece Meet Me in St. Louis (1944) whose star Judy Garland he married in 1945. Employing first-class MGM technicians, Minnelli went on directing musicals -- The Band Wagon (1953) - as well as melodramas -- Some Came Running (1958) - and urban comedies like Designing Woman (1957), occasionally even working on two films simultaneously. Minnelli is one of the few directors for whom Technicolor seems to have been invented. Many of his films included in every one of his movies features a dream sequence.

Named his daughter Liza Minnelli (born 12 March 1946 in Los Angeles, California) after the Gershwin song Liza. He directed the number for Ziegfeld Follies (1945), but it was cut from the final version of the film.
Interred at Forest Lawn, Glendale, California, USA, in the Triumphant Faith Terraces area.
Ex-father-in-law of Peter Allen, Jack Haley Jr., Mark Gero and David Gest.
Daughter Christiana Nina Minnelli born May 20, 1955 in Los Angeles, California.
Invented the crab dolly, a camera dolly on wheels that can move the camera in any direction.
Insisted on using a shade of yellow in the design of his sets that had to be specially mixed. MGM painters began calling it "Minnelli Yellow."
When he was signed to MGM, he was allowed to apprentice for a year on the lot. By the time he started directing, he knew every department at the studio.
Was voted the 20th Greatest Director of all time by Entertainment Weekly.
Biography in: John Wakeman, editor. "World Film Directors, Volume One, 1890-1945". Pages 778-787. New York: The H.W. Wilson Company, 1987.
His widow was his companion for a long time before their 1980 marriage.
Directed seven different actors in Oscar-nominated performances: Spencer Tracy, Gloria Grahame, Kirk Douglas, Anthony Quinn, Arthur Kennedy, Shirley MacLaine and Martha Hyer. Grahame and Quinn won Oscars for their performances.
Is portrayed by Hugh Laurie in Life with Judy Garland: Me and My Shadows (2001).
Member of the jury at the Cannes Film Festival in 1967.
Godparents of his and Judy Garland's daughter Liza Minnelli were Ira Gershwin and Kay Thompson.
One of the few Hollywood studio directors who can truly be said to have an unmistakable mise-en-scene. Minnelli was at first a set and costume designer before being allowed to direct by Arthur Freed, head of the MGM musical unit. His visual touch in Technicolor is sometimes garish, some might say close to vulgar, but in his best work (Meet Me in St. Louis (1944)) every visual element is a reflection of his singularly original visual talent.
Biography in: "The Scribner Encyclopedia of American Lives". Volume Two, 1986-1990, pages 632-633. New York: Charles Scribner's Sons, 1999.
Four of his movies were nominated for AFI's 100 Years...100 Laughs: The Pirate (1948), Father of the Bride (1950), The Long, Long Trailer (1953) and Designing Woman (1957). 'Father of the Bride' made the list at #83.
Owns the record at the Radio City Music Hall. 17 of his films played for a record 85 weeks. Although director John Cromwell had 18 films booked into the prestigious house, his films only played a total of 36 weeks.
He directed two Best Picture Academy Award winners: An American in Paris (1951) and Gigi (1958).