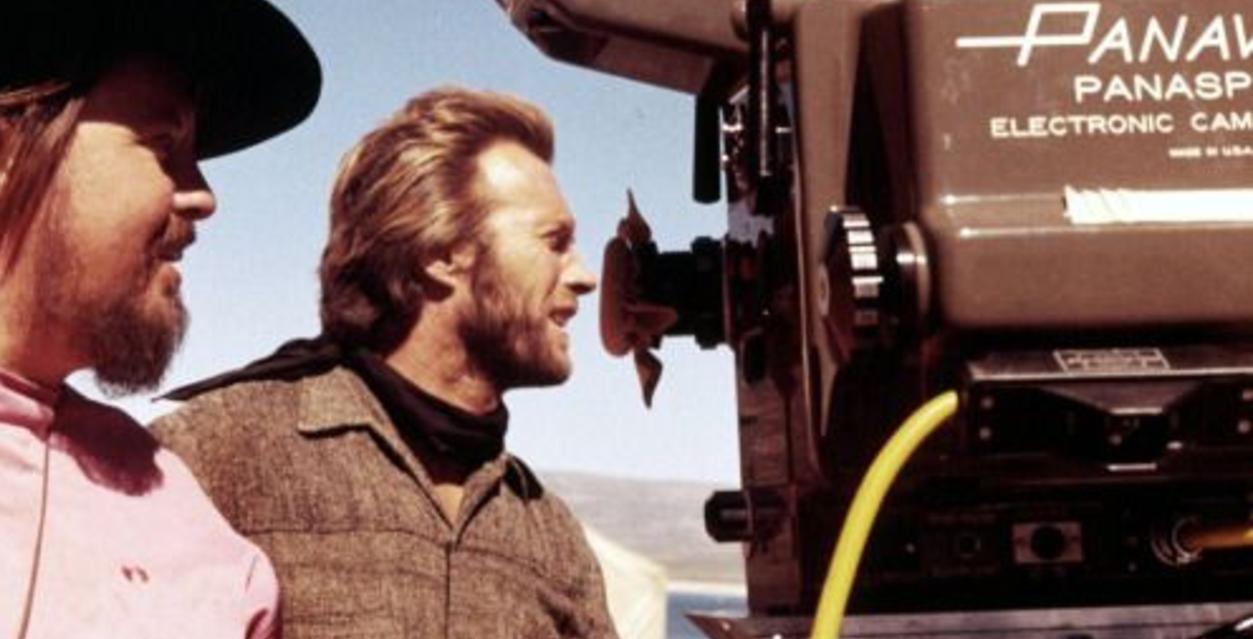 
Perhaps the icon of macho movie stars, and a living legend, Clint Eastwood has become a standard in international cinema. Born May 31, 1930 in San Francisco, the elder of two children in a middle-class family, Eastwood stayed in high school until the comparatively late age of nineteen and worked menial jobs over a period of several years before enrolling at Los Angeles City College, from which he dropped out after two semesters to pursue acting. He found uncredited bit parts in such nondescript B-films as Revenge of the Creature (1955) and Tarantula (1955) during the mid-'50s while simultaneously digging swimming pools for a living, until he got his first breakthrough in the long-running TV series Rawhide (1959) with Eric Fleming. Though only a secondary player in the early seasons, Clint made the show his own by end of its run and became a recognizable face to television viewers around the country.

Eastwood found much bigger and better things in Italy with the excellent spaghetti westerns A Fistful of Dollars (1964) and For a Few Dollars More (1965). But it was the third installment in the trilogy where he found one of his signature roles: The Good, the Bad and the Ugly (1966). The movie was a big hit and he became an instant international star. Clint's first American-made western, Hang 'Em High (1968), was yet again a success, and he followed it up with another starring role in Coogan's Bluff (1968) (the loose inspiration to the TV series McCloud (1970)) before playing second fiddle to Richard Burton in the World War II epic Where Eagles Dare (1968) and Lee Marvin in the bizarre musical Paint Your Wagon (1969). In Two Mules for Sister Sara (1970) and Kelly's Heroes (1970), Eastwood went in an experimental direction by combining tough-guy action with offbeat humor.

1971 proved to be one of his best years in film, if not the best. He starred in The Beguiled (1971) and the classic thriller Play Misty for Me (1971), but it was his role as the hard edge police inspector in Dirty Harry (1971) that gave Eastwood one of his signature roles and invented the loose-cannon cop genre that has been imitated even to this day. Eastwood did a fairly consistent quality of work thereafter with the road movies Thunderbolt and Lightfoot (1974) and The Gauntlet (1977), the Dirty Harry sequels Magnum Force (1973) and The Enforcer (1976), the westerns Joe Kidd (1972), High Plains Drifter (1973) and The Outlaw Josey Wales (1976) (his first of six onscreen collaborations with then live-in love Sondra Locke), and the fact-based thriller Escape from Alcatraz (1979). In 1978 he branched out into the comedy genre in Every Which Way But Loose (1978), which became the biggest hit of his career up to that time; taking inflation into account, it still is. In short, notwithstanding The Eiger Sanction (1975), the '70s were an uninterrupted continuation of success.

Eastwood kicked off the '80s with Any Which Way You Can (1980), the blockbuster sequel to Every Which Way But Loose. The fourth Dirty Harry film, Sudden Impact (1983), was the highest-grossing film of the franchise and spawned the character's trademark catchphrase, "Make my day". Clint also starred in Bronco Billy (1980), Firefox (1982), Tightrope (1984), City Heat (1984), Pale Rider (1985) and Heartbreak Ridge (1986), all of which were solid hits, with Honkytonk Man (1982) being his only commercial failure of the period. In 1988 he did his fifth and final Dirty Harry movie, The Dead Pool (1988). Although it was a success overall, it did not have the box office punch the previous films had. About this time, with outright bombs like Pink Cadillac (1989) and The Rookie (1990), it became apparent that Eastwood's star was declining as it never had before. He then started taking on more personal projects, such as directing Bird (1988), a biopic of Charlie Parker, and starring in and directing White Hunter Black Heart (1990), an uneven, loose biopic of John Huston.

Eastwood bounced back in a big way with his western Unforgiven (1992), which garnered the then 62-year-old his first ever Academy Award nomination (Best Actor) and win for Best Director. Following up with a quick hit, he took on the secret service in In the Line of Fire (1993), then accepted second billing to Kevin Costner in the interesting but poorly received drama A Perfect World (1993). Next up was a love story, The Bridges of Madison County (1995), where Clint surprised audiences with a sensitive performance, but it soon became apparent he was going backwards after his brief revival. Subsequent films were credible, but nothing really stuck out. Among them were the moderately well-received Absolute Power (1997) and Space Cowboys (2000) as well as the badly received True Crime (1999) and Blood Work (2002). But Eastwood surprised yet again, returning to the top of the A-list with the hugely successful boxing drama Million Dollar Baby (2004). The movie earned him an Oscar for Best Director and a Best Actor nomination for the second time. Behind the camera, he had big successes directing the multi-award-winners Mystic River (2003), Flags of Our Fathers (2006), Letters from Iwo Jima (2006) and Changeling (2008) which starred Angelina Jolie. His next starring vehicle, Gran Torino (2008), earned $30 million in its opening weekend, proving his box office appeal has not waned.

Eastwood has managed to keep his extremely convoluted personal life top secret and never discusses his families with the media. He had a long time relationship with frequent co-star Locke and has at least eight children by at least six other women, although he has only been married twice. Clint Eastwood lives in Los Angeles and owns homes in Monterey, Northern California, Idaho and Hawaii.

During the credits at the end of his movies, the camera will move around the location it was filmed in, after which there will be freezeframe for the rest of the credits.
Frequently uses shadow lightning in his films
Known on-set as a director for filming very few takes and having an easy shooting schedule. Tim Robbins once said that when working on Mystic River, Eastwood would usually ask for only one take, or two "if you were lucky", and that a day of filming would consist of starting "no earlier than 9 a.m. and you leave, usually, after lunch."
The lead characters in his movie are often outsiders with a dark past they prefer not to remember
Narrow eyes and towering height
Unmistakable authoritative rasping (sometimes hissing) voice
Often breaks unexpectedly into a warm smile
Deadpan delivery of one-liners
Many of his films show at least one variation of sexual assault
His films are often period pieces with a strong attention to detail
His scowl
Often plays characters who are consumed by regrets over past mistakes and are given one chance to redeem themselves
Recurring pattern of his characters is having an unloaded gun or one that misfires.
His films often feature misguided but well meaning younger characters who are mentored by older characters
Actors in his films usually underplay and get emotion across in subtle ways
Many of his films revolve around people struggling with serious trauma that They are unable or unwilling to get help for