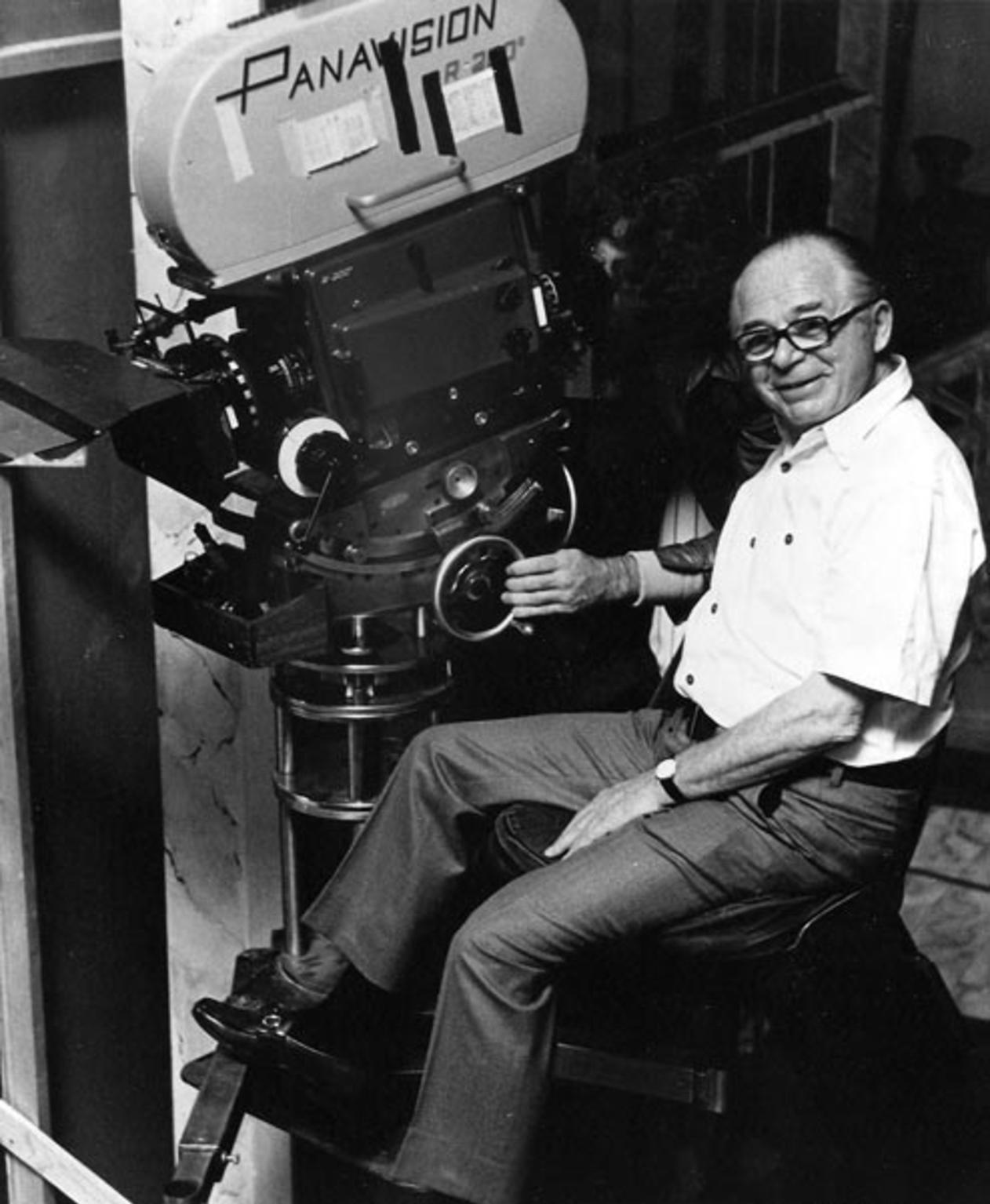 
Originally planning to become a lawyer, Billy Wilder abandoned that career in favor of working as a reporter for a Viennese newspaper, using this experience to move to Berlin, where he worked for the city's largest tabloid. He broke into films as a screenwriter in 1929, and wrote scripts for many German films until Adolf Hitler came to power in 1933. Wilder immediately realized his Jewish ancestry would cause problems, so he emigrated to Paris, then the US. Although he spoke no English when he arrived in Hollywood, Wilder was a fast learner, and thanks to contacts such as Peter Lorre (with whom he shared an apartment), he was able to break into American films. His partnership with Charles Brackett started in 1938 and the team was responsible for writing some of Hollywood's classic comedies, including Ninotchka (1939) and Ball of Fire (1941). The partnership expanded into a producer-director one in 1942, with Brackett producing, and the two turned out such classics as Five Graves to Cairo (1943), The Lost Weekend (1945) (Oscars for Best Picture, Director and Screenplay) and Sunset Boulevard (1950) (Oscars for Best Screenplay), after which the partnership dissolved. (Wilder had already made one film, Double Indemnity (1944) without Brackett, as the latter had refused to work on a film he felt dealt with such disreputable characters.) Wilder's subsequent self-produced films would become more caustic and cynical, notably Ace in the Hole (1951), though he also produced such sublime comedies as Some Like It Hot (1959) and The Apartment (1960) (which won him Best Picture and Director Oscars). He retired in 1981.


The second of two sons, his father ran a chain of railway station cafes. As a youth he was obsessed with everything American. encouraged by his mother he enrolled as a law student at the University of Vienna but quit after 3 months to be a writer on a magazine which although poorly paid it gave him a great amount of experience interviewing such as Richard Strauss and Sigmund Freud. In 1926 he worked as an interpreter for jazz band leader Paul Whiteman on a European tour which ended in Berlin. There he became a freelance journalist mixing with the show business set and becoming friendly with Marlene Dietrich a then small part actress. a fast and prolific writer he got introduced to prominent figures in the growing German film industry resulting in him being hired as a ghost writer writing scripts for established writers who didn't have time to meet their contractual obligations. His break came when he worked on 'People on Sunday', a modest film directed by Robert Siodmak, assistant cameraman Fred Zinneman and co director Edgar Ulmer who would all later become prominent in the industry. When Hitler came to power Billy, a Jew, moved to Paris where he directed his first film, 'Mauvaise Graine' (Bad Seed) starring a 17 year old Danielle Darieux. Sending a script to Joe May, a former friend who was now a producer at Columbia Studios resulted in a ticket to the States and a promise of work. A continual rejection of his scripts put him on the bread line for awhile and then he was teamed with writer Charles Brackett to write a script for 'Bluebeard's Eighth Wife' which was followed by such as 'Ninotchka' 'Hold Back the Dawn' and 'Ball of Fire'. Billy wanted to direct, mainly to protect his scripts which other directors had ruined. His chance came with 'The Major and the Minor' with Ginger Rogers. After a few more scripts with Charles which Billy directed and Charles produced Billy collaborated with Raymond Chandler on 'Double Indemnity' - the house used as Barbara Stanwyck's character's home still stands today at 6301 Quebec Drive. Billy rejoined Charles for 'the Lost weekend' which won Oscars for Screenplay, director, film and actor (Ray Milland). At the end of ww11 Billy returned to Germany as a colonel in the U.S. Army's Psychological warfare Division with the task of salvaging the German film industry. Using the background of Berlin's ruins he made 'A Foreign Affair' with his friend from early days, Marlene Dietrich. Returning to the States he rejoined Charles for what would be their last collaboration - 'Sunset Boulevard' which ended their 14 year partnership. Billy wanted Mae West for the role of Norma Desmond but she turned it down so he spoke to Pola Negri but visualised her thick accent causing too many problems. Willam Holden was a last minute casting for the role of Joe after Montgomery Clift dropped out 2 weeks before shooting was due to start.